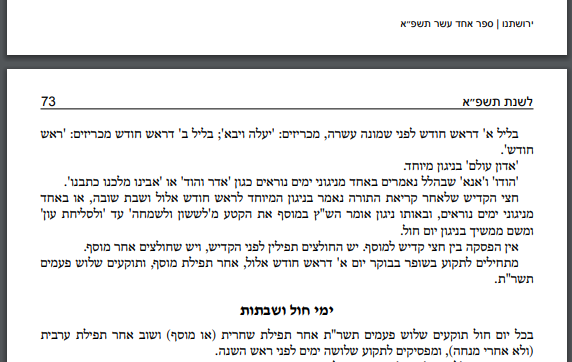 Rav Schwab ZtL used to say that since we are in the minority vis a vis other communities, we tend to assimilate to their minhagim.

Recently I encountered a few circumstances in which our minhagim have escaped recognition.

Some of these minhagim are falling out of cognizance even though they are well documented in halacha. The reason being -in my opinion- that there is so much uniformity among shuls, with standard American Ashkenaz and Sefard basically summing up the full spectrum of choices- that all minhagim have dissvolved into those printed in the Artscroll instructions.

Incidentally, the article linked above mentions the shofar in Elul as belonging to shacharis and Maariv. An alternate opinion has it by mincha. That is the practice in KAJ with three tashrat blown.

In the Luach of Machon Moreshes Ashkenaz in Bnei Brak it states that the shofar is blown at Maariv. And so it is practiced in Munk’s shul in London with the following qualifier as I received in an email:

“In Munks at the end of Maariv they blow during Elul, but only at the earlier Mincha and Maariv davening. At the later “Maariv Bizmano” they don’t blow at all.”

Gmar Tov to all.