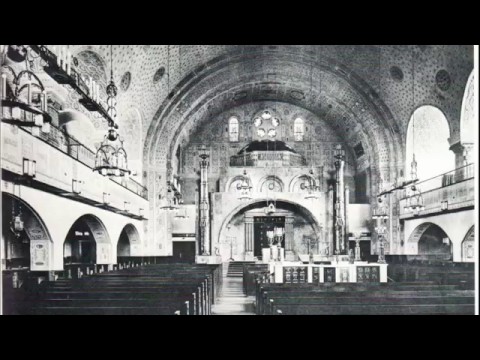 In a post in my lesser touted, more personal blog space, I noted that my late father disliked it when people smacked their Hoshanos against the floor with force or even anger. It is a mystical minhag of the nevi’im and since its meaning is sublime why would you do it angrily?  He would say that this shows people’s lack of intelligence.  There I pointed out that in the late 18th century the lack of decorum (specifically banging by Haman on Purim and dancing on Simchas Torah)- led to the formation of Liberal and Reform Judaism. The search for a “sanitized” Judaism in the mode of the Protestants and Lutherans caused an abandonment of Judaism in a short time. It doesn’t mean there wasn’t what to improve from within.

I want to share some other instances where mitzvos and minhagim can be done with dignity and respect.

A friend of mine who learned in Yeshiva of Staten Island told me that Rav Schwab conducted a chalitzah once – and when instructing the woman to spit in the shoe he would not tell her to “spit”, but instead he instructed her to “deposit some saliva” in the shoe. The posek who relayed the story felt that this was a “chidush” in Halacha, since perhaps the idea was for the woman to protest the man’s inability or unwillingness to perform “yibum” (which is clearly stated in the proclomation made at thise rite), in which case the idea would be to spit, specifically. Rav Schwab conducted the chalitzah in a refined manner, where the Torah doesn’t require a person to act below their refinement.

One of Rav Schwab’s sons returned from Yeshivah and received an aliya in shul. He recited the bracha loudly with visible kavanah. When they were alone the Rav told him never to do that again. One is not to display his kavanah for others to see, especially in a way that differs from the norm.

Here are a few other things that are regular parts of normal Orthodox life but are not done in Breuers and would be frowned upon per the sensitivities of the Western European tradition:

1) Aliyos are not auctioned off during davening. This is an uncomfortable mix of davening and fundraising that has a bad “look”. It is defensible in that we know that giving tzedokoh is not mundane. It is a mitzvah…nevertheless. The auctioning is also done on a weekday and not a shabbos. But I don’t know if that is for a halachic concern.

2) Tips are not given to the rabbi. The Rav receives a salary. In many shteebles the rav’s income is supplemented by tips given on Purim and at the sale of the chometz. When I first heard of this I was appalled. But many have been raised on this and do not see this as undermining their relationship to the rav. (Standard American Young Israel and Yeshiva type minyanim do not do this either.)

3) There is never any eating in the shul. No exception. Because there is no exception, there are no mezuzos on the doors of the shul.

4) Candy is never thrown in shul.

5) A tie is to be worn for every tefilla and to receive an aliyah (hat and tie.) I think aliyas are given today even without a tie, but this is still the expected practice. On a similar note in the school (all grades) children must wear shoes as sneakers are strictly forbidden. In other  yeshivas and day schools of all stripes sneakers are the norm.

6) Many “Yehi Ratzon” type of tefillos and additional “Techines” are omitted from practice. For instance, Tashlich is merely the three pesukim from Micah. Eastern European machzorim have pages of supplications. Many people stand shuckling by tashlich with good intentions, but these sometimes fade into the background. By reciting just three pesukim, we don’t “take over the show”. We simply come to do our “little contribution” and humbly leave.

Sefiras Haomer is equally simplified. The mitzvah is big enough that we shouldn’t think that adding supplications of very sublime nature could add meaning to a mitzvah in its rawest form. The mitzvah needs no introduction. (A friend relates an expression in the mouth of the Litvish Gaon Rav Aharon Kreiser “Die Toirah darf nisht kein klezmoirim”.)

Rav Schwab told his grandson – my close friend- that, in fact, any time the siddur instructs repeating something three times, it is enough to say it once. I don’t know if he meant to preach this publicly, but I use this in my tefillos and it helps. Specifically at Kidush Levana. A certain simplicity and dignity is left to the tefilla in saying it once.

I want to add something else. Pacing during davening is a bad habit. I am not perfect, but I hate to see this. There are people in other shuls who suddenly take flight during tefilla. (This would happen in Breuers sometimes too.) It bothers me. Now, during the unfortunate and tedious situation of a global pandemic – may Hashem end it soon!- where distances and zones are important in shul-  I am particularly aware of a “strolling mispallel”.

In Breuers it is sung with the same motif as Hodu- if it is a holiday. And with its own tune otherwise.

In Yeshiva circles the chazan will turn from the festive mood of Hallel and cry or shout out these words. The congregation replies with equal fervor. It is a meaningful and cathartic moment of prayer. But I wonder how it gets into Hallel, and if it is meant to be invoked with such intense desperation.

A Rav who I am close with and whose shul I regularly attend here in Brooklyn speaks to this point on occasion, so I know it is bothering him too. Rashi and others explain this plea’s placement in Hallel as the words of the Kohanim praying that the visitors to the temple have their tefillos answered bringing to the glorification of G-ds name.

(On a tangential note: Reb Chaim Aschkenazy told me that Rav Schwab told him that when davening beyechidus (privately) one should say the whole pasuk twice instead of saying the first half twice and then the second half twice. (I.e. one shouldn’t say ana…hoshia na” “Ana …hoshia na”. “Ana…hatzlicha na…hatzlicha na”, rather ana Hashe,m hoshia na Ana Hashem Hatzlicha na” x 2). The reasonhe explained is that to split a pasuk in half is problematic. A tzibur though, may do so.