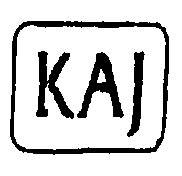 I was shopping in Shoprite today, where all the chicken is from Empire. I took a minute to examine the packaging and confirm that there is someone out there who prefers the novice (first time giving to shechita I think) to KAJ in hashgocho. Of course, Chasidim might. But which Chasid is buying Empire chickens, which are rarely sold in kosher supermarkets? Anyhow…here are some stories about Kosher successes and scandals. If you didn’t already know that KAJ doesn’t approve of the newly added Empire hashgocho, just study their Pesach list that is basically written to exclude his products and a ceratin hashgocho in Monsey that only gives hashgocho on Pesach.

I will assume everyone knows the details there. When this broke in the late summer of 2006 this was a shocking story that no one was able to corroborate. None of it made sense

But there is a backstory that circulated at the time and helped bring the whole ordeal into perspective.

It was my father’s bar mitzvah shabbos in October of 1944 in Basel, Switzerland. At the time there was a big question in halacha whether the government’s requirement to slaughter animals only after they had been stunned could be accomodated. Rav Chaim Ozer Grozhensky forbade this strictly, and he was the most prominent poseik and leader in Eastern Europe. Some other rabbonim including Rav Yechiel Yaakov Weinberg found a heter for this , especially in cases where people would cease buying kosher altogether.

In Basel there were (and are) two shuls. One (the IRG) is an Agudas Yisroel type of shul and was led at the time by a Rov whose last name – ironically- was Shochet. My family has been a part of this shul for over 90 years. The other shul was more liberal- but Orthodox- with many members only marginally shomer shabbos.

For my father’s bar mitzvah some friends from the other shul walked over to the IRG. To my grandmother’s chagrin the rov took the opportunity to remind those in attendance that we will not permit ourselves to eat the “getoibter fleisch” (stunned meat). This made her very uncomfortable, since some of her guests were from the shul that allowed it. One woman- a guest from the other shul-  upon hearing the rabbi declare the problem with getoibter fleisch blurted out from the women’s section, “das esse ich doch!” (“We will eat it regardless!”) What tension!

Anyhow, my grandmother had a very close friend whose husband was a shochet for the other shul and engaged in slaughtering stunned animals. He was never comfortable about it. One day he dropped his knife and it almost severed a toe of his. He decided to wipe his hands of the whole ordeal and no longer shechted stunned animals.

Supposedly, a letter from Rav Chaim Ozer written at this time proclaims that slaughtering in this way is unacceptable and anyone who engages in this will eventually come to serve treif meat – he or his offspring! (As odd as this letter sounds my first cousin told me he read it with his own eyes, but I couldn’t find it when looking through a compilation of letters from Rav Grozensky.)

Now to connect the dots…the said butcher of the 2006 scandal is a grandson of the Basel shochet who dropped the knife (I know the names of both and am omitting them.) I don’t believe it was a curse, but a prediction of the saintly Rav Chaim Ozer. I don’t know if this story makes the incident easier for people to digest or harder. It was always my belief that we are products and extensions of generations past. Even those generations that have long been forgotten.

Just for follow-up. The said butcher lives in Eretz today and has apologized to the community with a letter of repentance years ago. He lives in a nice upscale American neighborhood, attends shiurim and receives an aliyah to the Torah. The rabbi there says we must assume he has done proper teshuvah.  I know someone who davens in his shul. May Hashem forgive all of our sins.