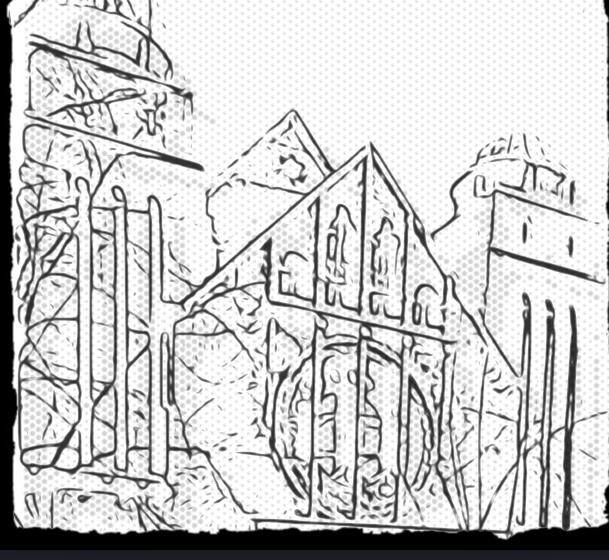 In American Yeshivah circles it is common for the individual to say “Yomar Na Yisroel/Beis Aharon/Yirei Hashem” and not to rely on the chazan. This is the practice described in Mishnah Berura citing Magen Avraham, O.Ch. 422. The Tur, however describes the Hallel as written in the siddur, where the Khal replies Hodu Lashem, and remain quiet for the Chazan’s part.

The reason the Mogen Avraham gives in suggesting this is because although one can listen to the chazan say “Yomar Na” and is “yotzei” (can rely on hearing the chazan) via the rule of “shome’a K’oneh” – nevertheless, people can forget to pay attention or miss hearing the chazan. Therefore, he suggests saying the chazan’s part quietly.

I feel like we didn’t do that in the Heights. Firstly, because we follow the instructions in the Siddur- and Roedelheim clearly has the Khal only reciting “Hodu”. And, perhaps, because the Hallel is orchestrated in a more orderly fashion, the concerns of Magen Avraham are not as applicable.

Below follows a scholarly discussion where we will introduce the minhag of the Vilna Gaon and an opinion that one should always say the verses when possible and not just rely on having heard them from the Chazan. But for now an interesting note.

It always bothers me when davening in American Yeshivah styled Minyanim, that when Hallel reaches the words “Ana Hashem Hoshia/Hatzlicha Na” the tone of the room changes to the mood of selichos, and the khal scream in hot fervor for Hashem to save us! While this is beautiful as far as davening goes, I fear that it negates the spirit of Hallel. To drive this home, I will note that the Gemara in Berachos 24a says that one must stand erect – and not bowed- for “Hodu LaHashem” because Hallel needs to be recited joyously (and bowing is a sign of contrite humility.) What would the Gemara say about selichos styled wailing?

When I recently expressed my concern to a Rosh Kollel, he understood my plaint, but pointed to the irony that his wife enjoys that part of Hallel so much that she doesn’t like when the Chazan opts to sing it to a tune! Go figure!

In response to this Rosh Kollel’s wife, I would point her to the commentary on the Siddur HaGra: There it is written that the minhag to recite the “Hodu” and “Ana” portions of Hallel to a tune is an old one and has support from the Medrash which praises Israel for chanting “Hodu” and “Ana”. See Here

The discussion about executing part of Hallel by listening follows:

1) The Vilna Gaon seems to hold that there is another good reason to recite the Chazan’s part individually. In sefer Ma’aseh Rav Hashalem (ch. 152 fn.) it mentions that the Gaon would not recite these verses, but would hear them from the Chazan as per the Tur. Yet, on days where the Hallel is recited in its entirety the Gaon would say the verses and not rely on hearing the chazan. The editor explains that there is some indication – perhaps- that the Tur would suggest that as well, since he mentions the khal hearing the verses from the chazan among the laws of the “partial Hallel”. This could be because it is only allowed there.

The reason for this distinction is simple. There are different laws regarding the partial Hallel and instances when Hallel is recited in its entirety. The main difference is whether one may interrupt his recitation of Hallel to greet an important person who passes (in the days where it was considered mandatory “derech eretz” to do so). In a partial Hallel one may interrupt, since it is not as “official” as a “whole Hallel”. The Rosh and others would not recite a Bracha on a partial Hallel, for this reason. The laxity in the rules of the recitation of partial Hallel can therefore allow for some of the verses to be said by the Chazan, with the Khal only listening.

This view might be subject to a greater machlokes.

The question arises if one who hears  (Shome’a K’oneh) has fulfilled his obligation to recite in the same measure as had he/she recited the verse personally. This comes back to Rashi in Berachos 21b who suggests that if one were to hear kedusha while reciting shemoneh Esrei he should wait quietly and listen to the kedusha, and fulfill his obligation to say it. Tosafos asks why the Gemara teaches that one may not begin shemoneh Esrei if he cannot finish before the chazan’s kedusha- if, as Rashi says, he could just listen and fulfill his obligation in that way? Tosafos therefore concludes that listening is not as ideal as actual recitation.

The above-mentioned practice of reciting the “Yomar na” verses by the individual, would point to this idea, that hearing does not replace saying to the full extent.

2) There are other instances within our minhagim where we rely on hearing in place of saying:

– The beginning and connecting verses of Kedusha are not said by the khal in KAJ. So only the chazan says, “Nekadeshes shimcho ba’olam…” And “Le’umasam boruch yomeiru” etc. This is actually the practice suggested by the Mishna Berurah while he acknowledges that it was not the general practice.

– Elsewhere –we have written that Tehillim in KAJ is said in alternating form. This is how the Kabalas Shabbos is recited and how the whole sefer of Tehillim is finished annually on Shavuos night by the pious group who participate in that.

The Words We Use: Preserved Judaeo-German