Anatomy of a Ban: Rav Shach’s Plaint on the Sha’arei Talmud Torah 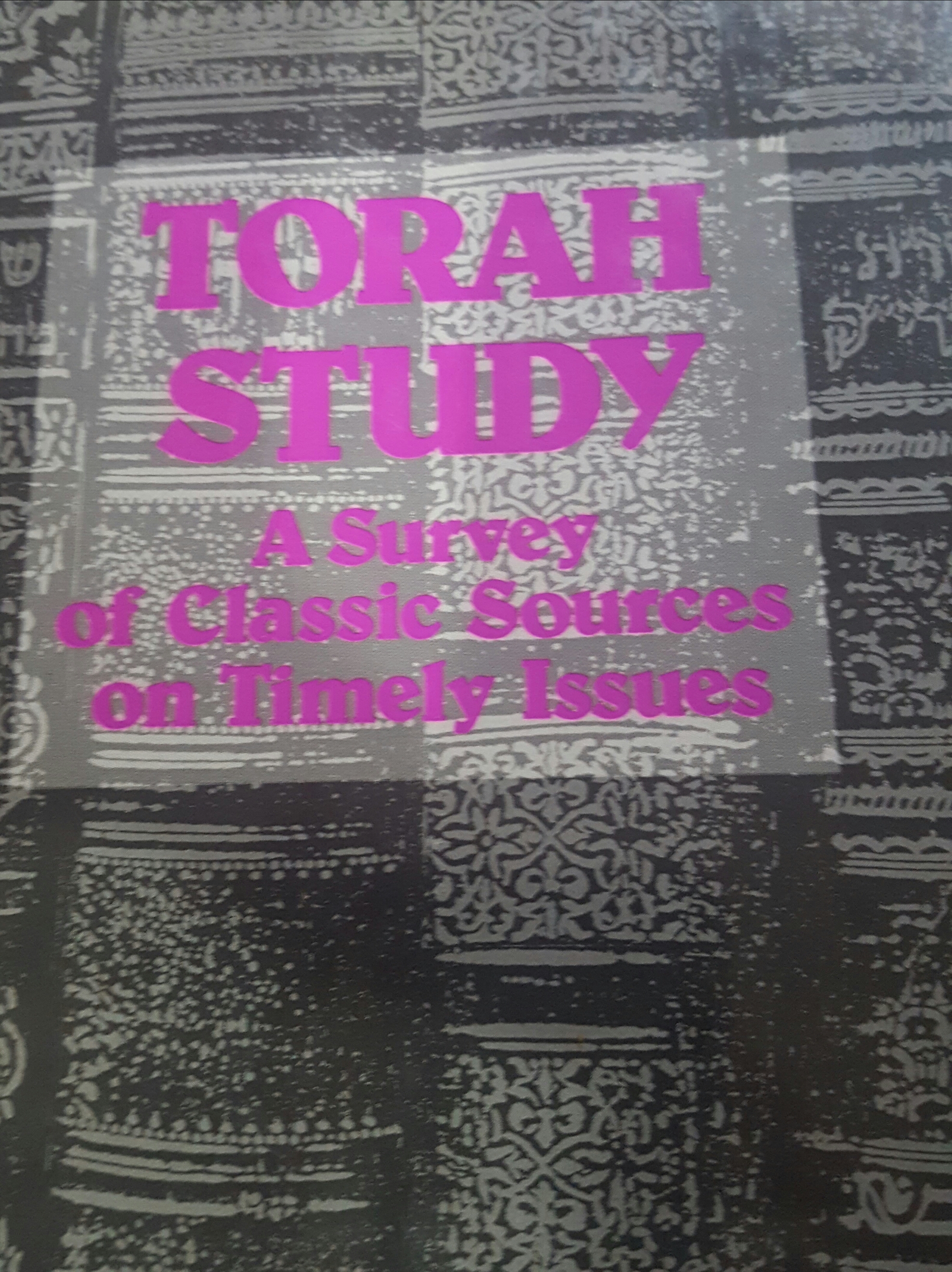 The year was 1981,  Rabbi Professor Leo Levi was an accomplished scientist in the area of physics. More specifically he had published and lectured in the field of applied-optics.

Rabbi Levi, was also a musmach of Rav Hutner and a former member of the kolel Gur Aryeh at Yeshiva Chaim Berlin. He also was a student and musmach of Rabbi Joseph Breuer ztl, of the historic Frankfurt community replanted in Washington Heights.

Rabbi Levi combined his talents at a time when English language Jewish publication was proliferating.

He  had already published several works shedding light on the Torah’s view on issues of the day. The first as a student in the kolel. Vistas from Mt. Moriah. This book touches on social sciences and the ideas behind socialism.

The second book on the difficult calculations of the times of day pertaining to Torah laws called “Jewish Chrononomy”. The third book “Challenge”,  a collection of essays on science from a variety of practitioners is hardly readable by the layman – so I found it- and it deals with the “challenge” of scientific advancement where it contradicts the simple meaning of the Torah. There was also a book on the Torah’s view of marriage and a commentary on the Talmud Yerushalmi Shevi’ith and Terumah. See here for the beautiful relationship the author had with Rabbi Carmell and Professor Domb z’l.

Then came Sharei Talmud Torah. This should have been an uneventful addition to the shelves of those who enjoy “likut” seforim, or the type of book that collects all the information on one particular topic. These books are often compiled by the scholarly type – those who are meticulously able to filter through the sources and compile them orderly. This was a Hebrew language sefer about the mitzvah of studying Torah.

Someone placed a box of this sefer in the famous lobby of the Ponevez Yeshiva, the “Sharei Asher” plaza. (I call it a plaza because while it is the lobby of the Yeshiva it is at the same time an open rotunda atop a hill overlooking the whole of Ramat Gan and the shores of Herzilia- a truly magnificent structure.)

Anyhow, the box of seforim stood out there for sale, where new seforim vie for the attention of the Yeshiva students. A copy of the sefer was shown to Rav Shach, the head of the Yeshiva and the recognized leader of the Torah community.

Now this sefer, which carried an approbation from Rabbi Yaakov Kamenetzki ztl, was mostly innocuous. Informative.

But the sefer wasn’t written with “kiddie gloves”. It tackled several subjects that create controversy. Namely, the use of long-winded reasoning for the sake of argument ( or improving argumentary skills), the study of secular disciplines, Torah im Derech Erets, and the pursuit of a career.

Some may find it surprising that Rav Shach did not oppose the inclusion of Torah im Derech Eretz per se. (Elsewhere in his letters he praises the publishing of Rav Hirsch’s responsa by Rabbi Klugmann, and heaps praise upon Rav Hirsch ztl.) Rather he takes issue over  two places in which a scientific approach might have expressed itself in a cool, detached nuance- where a sefer would have spoken from a place of severe humility.

The first instances appear in the chapters dealing with the “chiyuv”- the obligation- to study Torah. There you will learn that “Contemplate in them day and night”, is a blessing and not a command. You will learn that Rabi Yishmael, who called for everyone to embrace Torah from within a rationally structured livelihood is chief, and why Rabi Shimon bar Yochai was defeated in his call to learn only Torah- because it does not encompass all of life under the Torah (quoting Sefas Emes), and how receiving support for the study of Torah was frowned upon in many instances throughout the generations by great Torah scholars (long after the Rambam).

Rav Shach countered that presenting these views to Yeshivah students “who the sefer is mainly directed at” – could weaken their resolve to study diligently!

The second instance is in the chapter dealing with the use of long-winded reasoning for the sake of argument ( pilpul sheker). On this issue, ironically, the famous and pious ethicist Rabbi Israel Lipkin of Salant ztl takes the lenient view, or the more accepting approach. He allows for it as it expands the mind and the tools of argumentation. The author of Sharei Talmud Torah did not find any other opinion to support this view. To this he wrote, ” velo matzasi lo chaver” – “I have not found anyone who agrees with him (a friend)”.

This expression by itself is in use among the writers of seforim, but, I have found, in a certain context it can be seen as dismissive. Some 20 years ago the popular Torah-journal “Yeshurun” included an article by the head of Agudas Yisroel, the Novaminsker Rebbe, (a former Rosh Yeshiva in the Breuers Kehilla,) Rav Yakov Perlow Shlita. In discussing different views on the ideal of every Torah scholar, “Torah Lishma”, or Torah for its own sake, he mentions the seminal work of the Lithuanian Torah  great Rabbi Chaim of Volozhin, “Nefesh HaChaim”. After presenting the book’s unique, but widely accepted presentation he qualifies the view as a “chidush”, a novelae. The use and likely unintentional marginalization of the view was protested in a letter from the Brooklyn rabbi of European origin, Rav Yosef Katzenstien shlita. He later printed the chain of correspondence over this issue as a small book, “Lmaan Achai”.

But the issue of engaging in pilpul is seen by Rav Shach as a piece of a larger puzzle. The puzzle was the fight to keep Torah mastery among the Jewish nation. Rav Shach gently alludes to the idea of pilpul as part of the movement of the Yeshivah World, which has fully accepted the concept of Torah Lishma as laid out in the Nefesh Hachaim. The fight and the struggle for the knowledge of Torah. In this battle to understand the Torah, the scholar is not even supposed to be cognizant that he is engaged in a mitzvah- lest he be distracted. (Rav Shach was clearly taking issue with Rabbi Levi bringing alternate interpretations of Torah Lishma.)

In this battle, the Yeshiva student needs to leave everything behind and embrace Torah and its sweet song. The Yeshiva student in leaving everything behind needs to leave behind the call to a profession. He needs to abandon the “Toras imecha”, the soft teaching that the Torah exists in the greater scheme of the world so that everything in the world, every pursuit and every discipline of knowledge, is but a handmaid to the Torah. He even needs to leave behind the rules that decide the discipline of the Torah, no matter how many Geonim of previous generations espoused these ideas. He needs to delve into the Torah for the sake of the Torah itself. He needs to abandon the carefully written compilation of Rabbi Leo Levi. In fact he needs to put it in the genizah!

My point is: Leo Levi created the most beautiful presentation of the many faces of Talmud Torah and the beauty of the Torah’s place among all of G-d’s holy creation. It is the mighty Torah itself! Soft as the mother’s teaching, authoritative as the father’s guiding command, always proper and always wise. Yet the one who wishes to enter its essence, will need to abandon all of this, if necessary, to isolate his thought and approach the thought of the Torah.

In his approbation to the Shaarei Talmud Torah, which he refused to remove, Rabbi Yaakov Kamenetzki ztl praises the author for presenting the sources “without drawing  conclusions” since it is such a sensitive issue (Torah study) and “its parameters change according to the times.”

This is truly a praiseworthy detachment. But in the view of Rav Shach, the detachment (necessary to write a scholarly rendition of the sources) is itself arriving at a conclusion. Bringing an array of sources, some of which need to be mitigated according to the structure of our society and the times- without properly mitigating them- is itself a danger. To Rav Shach who was waging a battle for the survival of the Yeshivos, it was akin to abetting the enemy in a time of war.

One who has entered the Yeshiva and tasted from the sweet waters of the Torah and absorbed the hashkafah of the Beis Hamedrash will do well, at a point where it is time for him to absorb the whole of the Torah and its place among the milieu of humanity to see the variety of forms and opinions that have guided and explained the important mitzvah of Talmud Torah.

He should read this book.

Morenu Roseheim writes (in his, “Hirsch’s View on Culture”), that Torah im Derech Eretz aside, in Frankfurt, if there was a student who wished to become a rabbi or a scholar, he was sent east. Even the rigid Frankfurt kehilla acquiesced to the nature of study needed to become a master of the depth of the Torah.

(The sefer was released in English in the late 1980s translated by Professor Levi’s brother Raphael z’l in Washington Heights, as well as later editions by Feldheim Publishers who agreed to reprint it after receiving a new aprobation from Rav Shmuel Kamenetzki shlita, stating that the concerns of the gedolim who shunned it have been adressed in the new volume. PRofessor LEvi z’l passed away just one month ago. He accepted the shunning of his sefer respectfully but lobbied to have it reprinted. He was extermely careful not to speak or hear lashon hora and held the Torah leaders in the highest esteem. I was a young Yeshiva student and received the book by a member of our Kehilla,)

Anatomy of a Ban: Rav Shach’s Plaint on the Sha’arei Talmud Torah