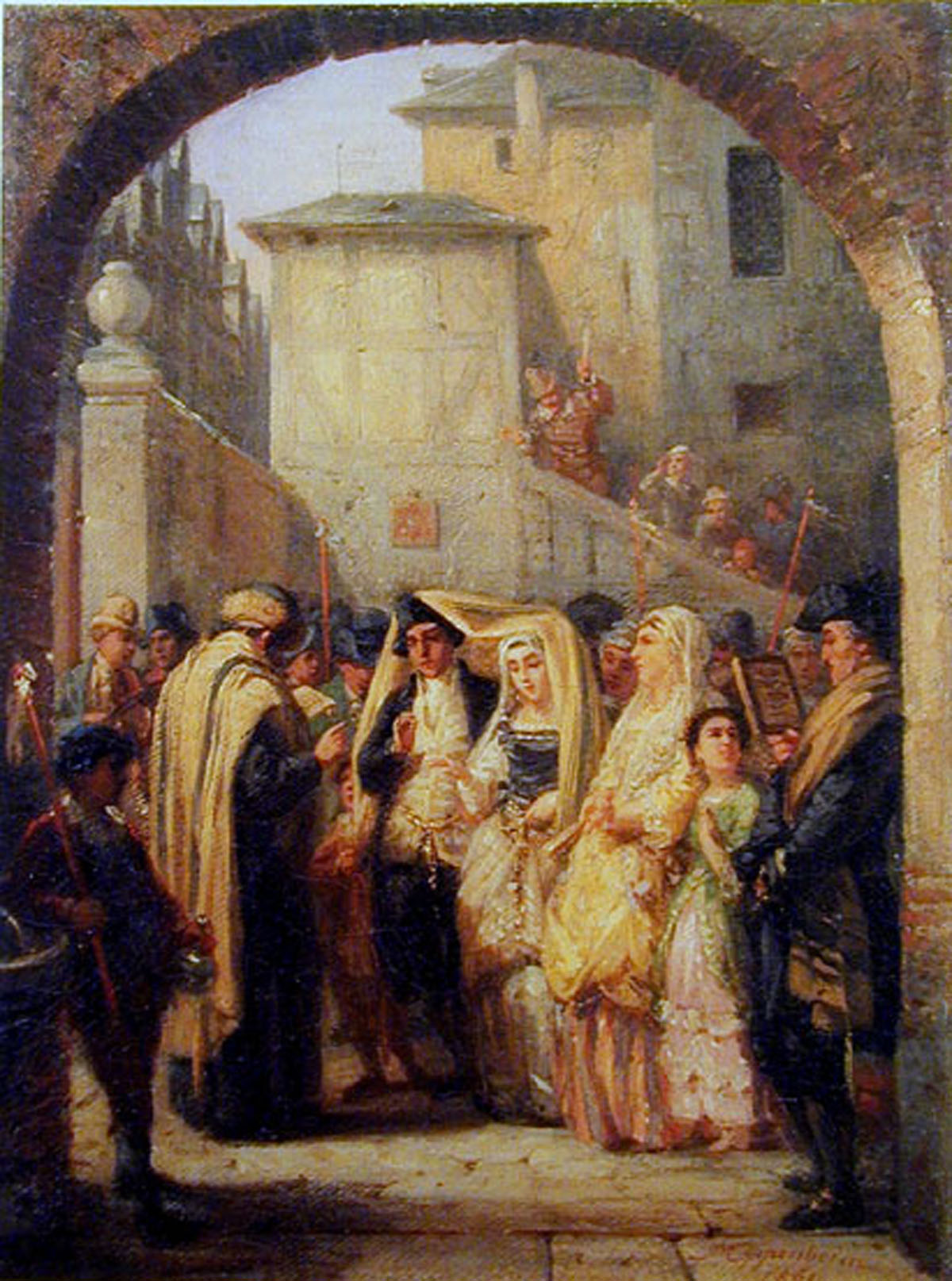 In the much celebrated painting of Moritz Oppenheim of the Jewish wedding a jester appears on the steps of the synagogue. The chuppah is performed in the courtyard of the synagogue. Affixed to a wall of that courtyard is a tablet with a Magen David (six-cornered star) and some Hebrew writing. I was once told by Rabbi Benyamin Hamburger (author of the Shoroshei series) that this jester is mentioned in Halachic literature of the period. He would clap a stick upon that tablet for merriment. In a different rendition of this picture, Oppenheim keeps the jester but he is not banging. This makes more sense as the chuppah ceremony is a serious moment. see detail below.

(The following explenation of the tablet is found online : “Afterward, rather than crushing the wineglass underfoot, the groom throws it at the plaque decorated with the Star of David on the staircase. Standing in readiness for the celebration are a musician and harlequin hired to entertain.” Also there, “two wedding portraits from 1836 of Lionel Nathan de Rothschild and his bride, and cousin, Charlotte. As the number of marriages permitted to Jews was restricted until 1846, this occasion resonates politically. Oppenheim sets the wedding in the courtyard of the old synagogue in the Frankfurt ghetto.” source: thejewishmuseum.org)

Antother form of merriment at the matrimonial ceremony is the “misah dance” mentioned in the famed diary of a 17th century woman, the noted matriarch “Gluckel of Hameln”. Solomon Schechter in his review of the book writes that the dance is mentioned in a book by Lady Lily Grove entitled “Dancing”. Ms. Grove writes that this dance was still performed in parts of Germany (early 20th century) and involves someone lying down and faking dead. The “corpse” is then kissed by members of the opposite gender and may not move under fear of penalty. The corpse then rises, music resumes, and wild dancing ensues. THIS IS CLEARLY AN EARLY PREDECESSOR OF THE TECHIYAS HAMESIM DANCE AT ORTHODOX WEDDINGS – SANS THE KISSING. Lily’s quote here and page one here .So who says we don’t know how to have merriment (sans the kissing….) ? 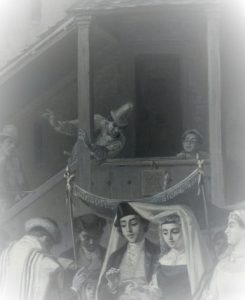 Hirsch was not an Extremist