Our Way in Reciting Tehilim

This past week  Jews the world over sat down to the traditional Shavuot-night learning.  Some traditionally say the “Tikkun” a prescribed booklet for the occasion. Others sit down with their Daf Yomi groups or with a friend.

In Washington Heights there is a third activity to be found at the “lernin”. The activity of a chevras tehilim- a tehilim group.

This table, with a handful of men will recite the Psalms of King David until its completion. This is a dedicated group and they fearlessly march through the chapters as the night wears on.

What is most interesting is the method of recital, a method that is probably not found elsewhere on earth. The verses are recited by a leader and the followers by alternating verses, as opposed to repeating after the leader.

This method is familiar to our community as the way the Psalms at the onset of Shabbos are read- the Kabolas Shabbos. It seems that the recital of Psalms is acceptable in this manner because halakha views the assemblage as one unit, and the complete prayer can emerge from between them.

In the blog “Treasures of Aschkenaz” (see article here), there is evidence from the minhag book of Worms that the entire Psukei Dezimra (daily psalms as part of Shaharit) were once recited by alternating verses. The minhag is recorded as the preferred way of recital and reserved for the Shabbos when there is ample time for this to be done properly. 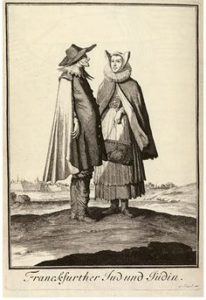 In truth, even the general public uses this method when reciting the famous verses of the “Akdamus” piyut on the first day of Shavuos. It is interesting that this remains the only place that the general practice has preserved alternating recital. (The Hallel is meant to include responsive recitation in Hodu and Ana. Typically, though, I have found that the congregation is pre-empting the Chazan’s verse besides responding to it. This might be due to the noisy nature of the tefillos in shuls today, where people enunciate out-loud, even when they are lagging behind the congregation- preventing their neighbors from hearing the chazzan’s verse.)

In the above linked article you will find that the author has it on the word of Rabbi Hamburger of Bnei Brak that a variety of classical poskim do not believe that responsive/alternating verses is a preferred method, and that even when the siddur gives the cue of “ches” for chazan and “kuf” for kahal, the congregation should quietly be saying all the verses.

Our Way in Reciting Tehilim

The “Skinny” on our Sefira Minhag

Our Way in Bircas Hatorah