The Sun in Dad’s Photography

The year was 1981 and the Torah world was preparing to stand and recite the Bircas Hachamah- the blessing on the sun that can be recited only once in 28 years, when the sun arrives at the point it was hung during creation on a Wednesday morning.

Rav Schwab penned an article for the Mitteilungen (which is reprinted in his “selected Writings”) remembering the Bircas Hachamah in Frankfurt 1924 and the Kehillah’s  recitation in New York in 1953.

My father, the community photographer, asked Rav Schwab if one is permitted to photo the sun since we may not replicate the luminaries (vis. Shemos 19). The Rav suggested that to be safe he should only photograph the reflection of the sun in the windows. And so he did.

Dad’s photo is a snapshot in time. Rav Schwab is seen leading the community in the blessing. Mr. Jerry Bechhofer is behind him, and on top of the cars in the foreground are two copies of the New York Times ready for their owners’ long trip downtown on the “A” train. Also pictured some community youth in their large knit crocheted yarmulkes, or brown ties and the feathered hats. 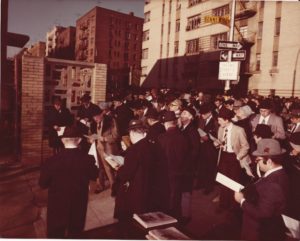 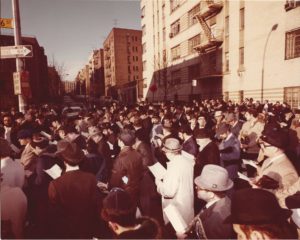 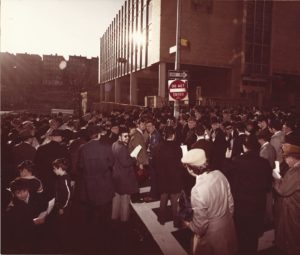 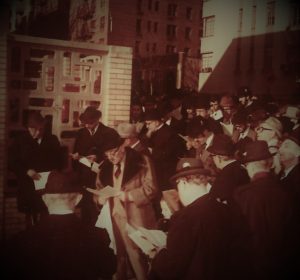 My father’s picture sat in storage for many years until in 2009 the “Jewish Observer” published it in what was to be their swan-song issue.

The Sun in Dad’s Photography

Three Hours; Our Way in Meat and Milk