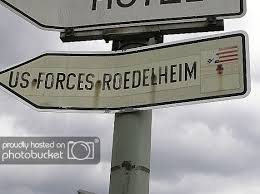 Every Yom Tov as I reach the bracha of kedushas hayom in the shemoneh esrei I enter a world of safek.

Most reading this are surely fluent with the pieces in the early volumes of Shoroshei Minhag Aschkenaz of Rabbi Binyamin Hamburger Shlita. In his first volume he brings solid support for the nusach aschkenaz to say “veyismechu vicha Yisrael Ohavei Shimecha” in all the Shabbos Amidahs. The nusach is described by Roedelheim as “Minhag Frankfurt”- but, actually was once the predominant nusach. American sidurim all have the words “Veyanuchu vah/vo /vam Yisrael Mikadshei Shimecha”.

But even Roedelheim leaves out our nusach on Yom Tov, and substitutes a quasi-compromise, (and in fact the standard Aschkenaz for Yom Tov) “Veyismechu Vecha Yisrael Mekadshei Shimecha”. Years ago Rabbi Hamburger told me that the Machzorim of Roedelheim had a wider distribution or was printed at a different time than the siddurim and that is the reason it omits the “minhag Frankfurt” on Yom Tov. Proof to this is that in the Yom Tov shemoneh esrei that is in the rear of the siddur, it has the nusach “Frankfurt” below with an asterisk- as it does for the Shabbos amidah.

It occurred to me – and I told this to Rabbi Hamburger once, but he dismissed it- that there is a good justification to use the non-“Frankfurt” nusach on Yom Tov, and to stick with the “FF” for Shabbos. The reason is as follows:

The use of the word “Mikadshei Shimecha” on Shabbos, while it does seem similar to the closing of the bracha (“Mikadesh HaShabbos”), is actually not similar to the bracha at all. In the bracha we praise Hashem for sanctifying the Sabbath. But when we refer to “Yisreol Mikadshei Shimecha” we refer to the Bnei Yisrael bringing glory to Hashem’s name. The “Kedusha” discussed are of two different natures altogether. This adds nothing to the proper form of “”Gomrim me’ein hachasimah”, the rule that we close the body of the Blessing with something similar to the closing brachah. (Rather, as discussed in the book, we rely on the penultimate phrase in the body of the bracha to meet this requirement.)

But, on Yom Tov the words “Mikadshei Shimecha” are entirely similar to the words “Baruch ata…Mekadesh Yisrael Vehazmanim”. That is because the gemara in Beitzah 17b explains these words to mean: Mekadesh Yisrael= G-d sanctifies Israel; Vehazmanim= and Israel, in turn, sanctify the festivals by virtue of their obligation to declare the start of each month, and by extension, set the date of the festivals. For this reason, says the Gemara, when Yom Tov falls on Shabbos we say “Mekadesh Hashabbos” – then- “Veyisroel”- then, “Vehazmanim”, because Shabbos is not our “doing”, whereas Yom Tov is.

We make the festivals. We sanctify them. But regarding Shabbos, we are passive recipients. It is sanctified by Hashem and we “greet” it. (Hence the minhag to sing Lecho Dodi,  a song written to be sung as the community went out to the fields to greet the Sabbath. More on this later.)

Furthermore, it is specifically appropriate to refer to the Jewish people as “those who love your name / Ohavei Shimecha” on Shabbos. This is because we find in the Yom Tov davening that when the festival falls on a Shabbos, we add the word “beAhavah” to “mikro kodesh…”. The chumash Torah Temimah gives a wonderful explanation as to why we would add this word in deference to the Shabbos. I.e., why is Shabbos a “lovingly” holy assembly and Yom Tov just a plain “holy assembly/ mikro kodesh?

He explains that all of the Torah was given at Sinai under circumstances that Chazal have compared to duress. “…we learn that Hashem held the mountain over their heads…” But, several commandments were given previously at the place in the desert called Marah. These commandments include the laws of Shabbos, and were not given under duress, but “with love”.

Ergo, it is most appropriate to end the body of the kedushas Hayom on Shabbos with the words, “and they will rejoice in you, Israel, those that love Your Name.”

That is my thought. Now some interesting tangential thoughts:

1) A little support for the phrase (in standard siddurim) “Veyanuchu bah Yisrael Mekadshei Shimecha” can be found in the body of the bracha said for shabbos minchah. After describing the beauty of shabbos and how the forefathers rejoiced in it, we say; “Your children will realize that their rest is from You, and upon their rest, they will sanctify Your name!”  Here we have the motif of Israel resting and sanctifying Hashem’s name. This mirrors the chasimah of standard Aschkenaz. Incidentally, Chidah writes that when saying these words one should concentrate upon the mitzvah to sanctify Hashem’s name through martyrdom! So there might be an even more sublime meaning to resting and sanctifying….

2) Another interesting point about our relation to Shabbos (passively receiving it) and Yom Tov (sanctifying it) from a small booklet given out by line of the current Chasidic communities. There are divergent customs regarding whether to say Lecho Dodi on a YomTov that falls out on Shabbos. This rebbe explained the reason of those that don’t say it as follows. Imagine you were walking down the street and saw two friends approaching. As they near you only greet one of them. This is an affront to the other. Similarly, if we sang Lech Dodi greeting Shabbos, we would be disgracing Yom Tov by omission.  The reason of those that do sing it is as follows. This is not an affront at all. Yom Tov does not need to be greeted as it is us who sanctified the day to begin with. The metaphor should be to one who is walking with a friend and  sees another friend. He would greet the approaching friend and not the friend that is already part of his party. We see from this metaphor and this discussion the difference between our role in Yom Tov and Shabbos.