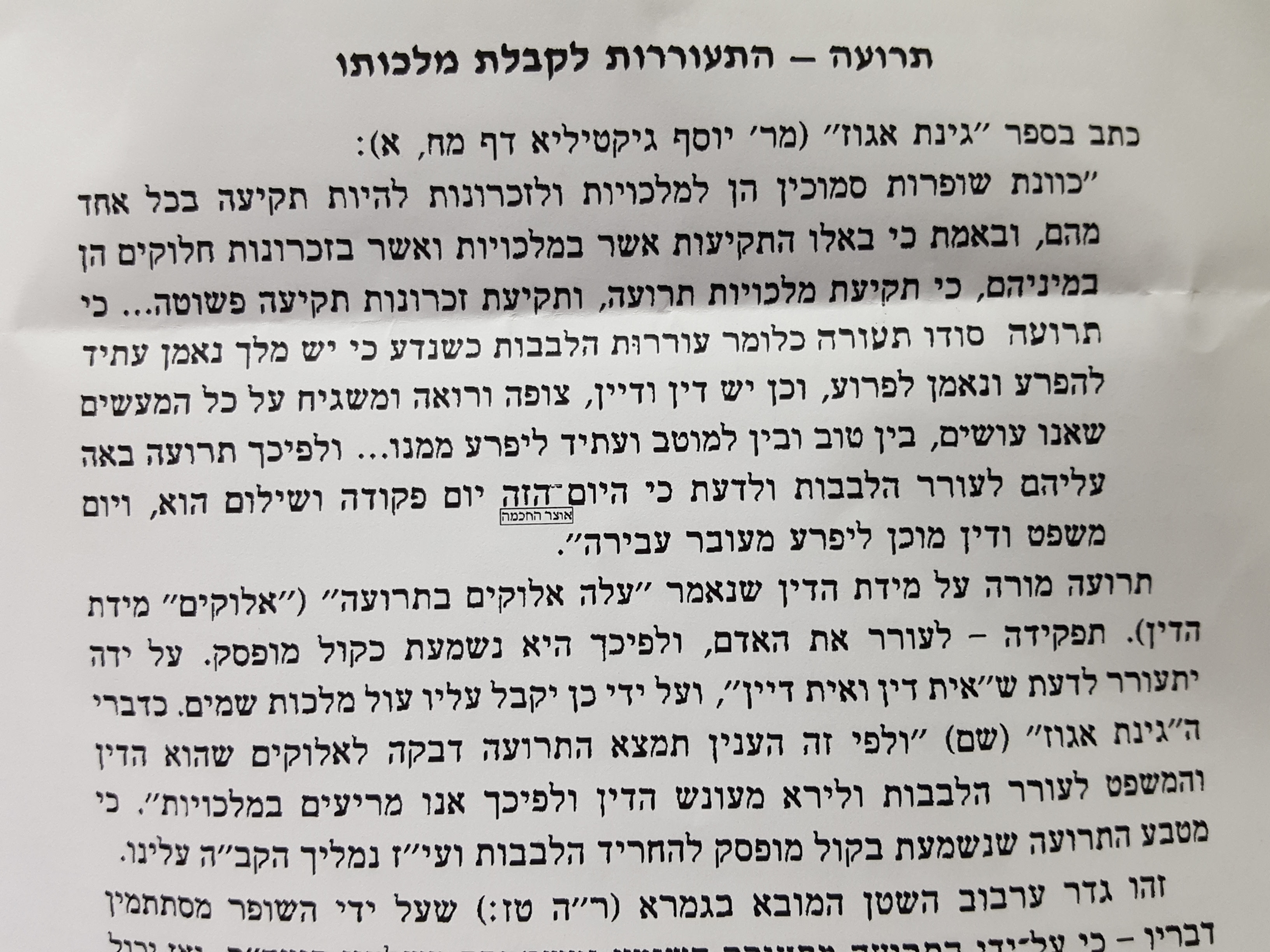 The Shofar is blown during the repetition of the Amidah. There are several opinions mentioned in the rishonim as to just what to blow.

The source for this practice is the Talmud hRosh Hashana 17a. “Say before Me (G-d) the malcios, zichronos and shofaros on Rosh  Hashana…MAlchios, to make Me your King, Zichronos to bring your memory before me auspiciously, and how? With a Shofar.”

The Leshon HaRiaz on the Rabenu Alfasi has a different text, significant- but not to the discussion here.

The standard minhag is to blow 10 blasts at each part of the malchios/ zichronos/ shofaros. This is based on Rabenu Tam’s view, that “to be sure” that we have fulfiiled a proper teruah, we should use all three conjugations of a teruah at all three parts.

The Roedelheim in the prayer “Areshes Sifasenu” calls the first set of blasts “kol Teruasenu”- “the sound of our Teruah”. But at Zichronos and shofaros the tefillah refers to “Kol Tekiasenu” -”the sound of our Tekiah”. Why?

Why is the Machzor calling the Tashrat a Teruah, and the Tashat and Tarat Tekias. Everyone who notices this nuance should have this question, since all three sets of blasts are attempts at producing th Torah’s Teruah… so why differentiate in nomenclature?

This year I came across the words of a sefardic mystic refferenced in a popular mussar sefer of our era.

Although the Gemara derives from scripture the rule that every Teruah is enclosed within two Tekiahs, that likely refers to the order of Tekios that are meant to fulfill our basic obligation to blow the shofar. Whereas, the idea of blowing during Amidah might once have been considered a way of enhancing the Tefillah and not a form of fulfillment of the mitzvah to blow shofar. (I am aware that among the Rishonim there is a view that the shofar of the Amidah is the main fullfillment.)