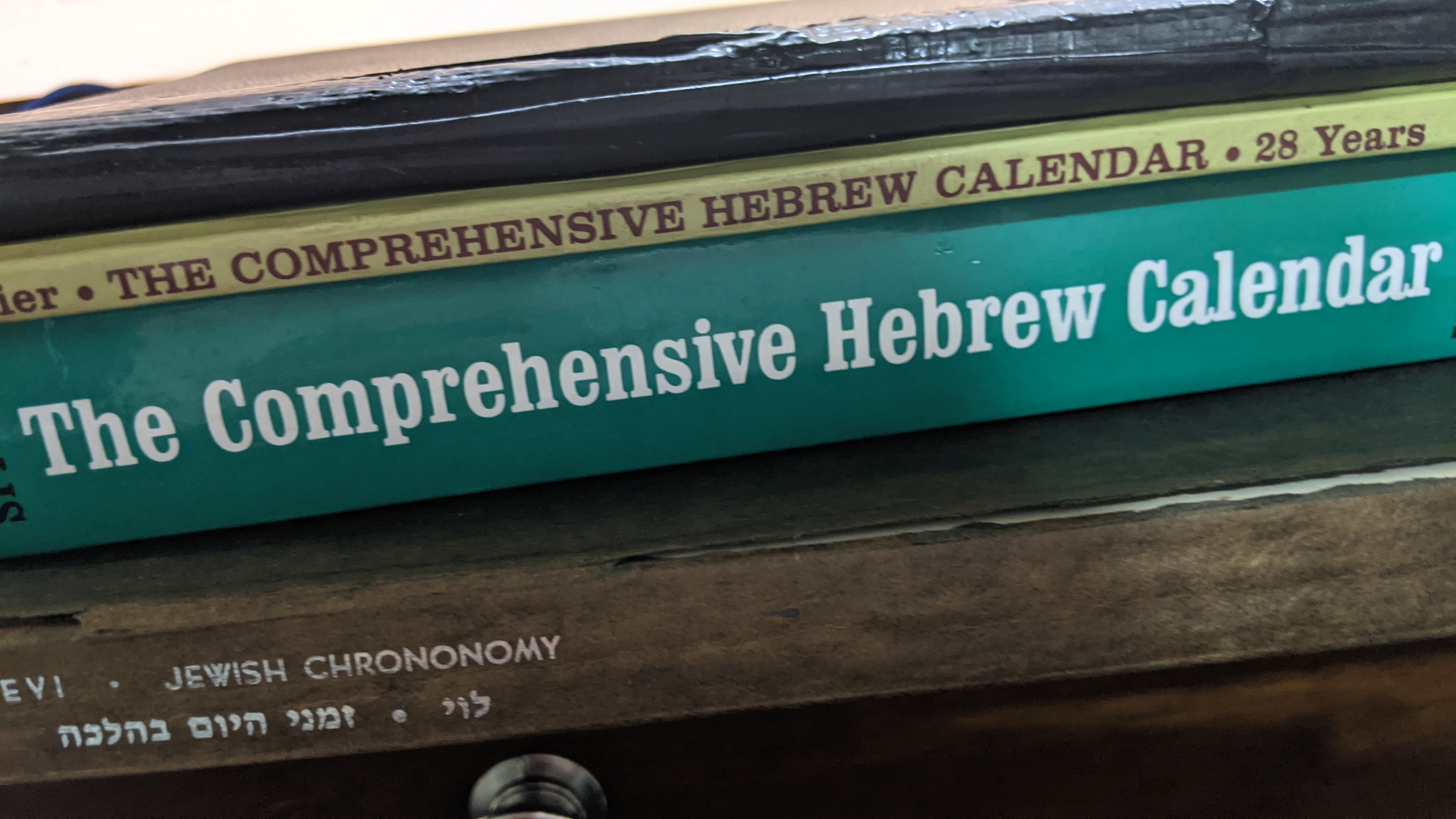 Among the people you find in a German Jewish community are some who are blessed with an appreciation for the Jewish calendar and its science. You will also encounter some who are “calendar savants”. These are the handful of people who remember when it is your bar mitzvah Shabbos many years into your adulthood, and they hardly know you otherwise! Yes. We can be like that…

From among the personalities of our Kehillah no less than four calendars have been written.

The first and most widely available would be the fifty-year calendar of Dr. Spier z’l. His fifty year calendar includes a short bio on his life and an introduction to our Jewish calendar.

Then there is a large book of tables by Rabbi Professor Leo Levi z’l called “Jewish Chrononomy”. These tables help you find the molad of any month ever! As well as other dates and conversions.

In his introduction he thanks his brother, our own Mr. Raphael N. Levi z’l who was in the printing business. But he is thanking him for creating one of the tables. So while Leo was a professor in the sciences -famously, it seems his brother the printer had a knack for the calendar as well…(His daughter SG adds that she still remembers her father creating a molad program for his TI-59 (pre-computer) It should be mentioned that Dr. Levi also thanls our own Mr. Henry N. Lehmann for “arranging to run the computer programs for tables 2, 3, and 7” Mind you this was 1967! and it involved a lot of “debugging”. A certain Mr. Ezra Tepper is thanked for his programming as well.

At the 1965 dinner Mr. Levi gave out a handy sefer called “Leket Shoshanim” which contains zemiros, bircas hachamah and….a calendar (!) to determine the search if any given week for many years to come. That calendar, and one of the tables used in Leo Levi’s book, were created by a Mr. Ludwig Fritz Toby. The internet tells us little about him other than his having published several guide books in Israel on Hebrew calligraphy, a Hebrew children’s book, and…a calendar. 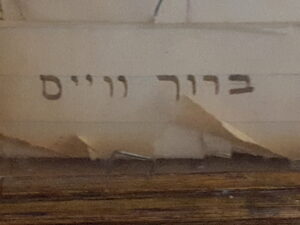 Mr. Weis’s signature peers out from behind the glass frame for over 50 years already!

Finally we come to the unpublished but prominently displayed handwritten calendar of the beloved baal koreh Mr. Benno Weis z’l.

A detail from Mr. Weis’s calendar

Mr. Weis was a student of the calendar, and when he would stand for long hours of guard duty in the US Army he would calculate the molad. At some point he wrote a handwritten calendar for sixty years, framed it, and had it hang in the lobby of the elementary school. It is seen by men of the shul who venture downstairs to the restroom and it had been hanging so long that the sixty years he prepared had all past! So, well into his seventies, Mr. Weis added to his calendars for many years into the future- years that he knew would outlast his own. He wanted people to know when the yomim tovim would be each year. His calendar is handwritten, but it is also user friendly, and does not require moving your finger down a row and the other finger down a column. It is straightforward.

To illustrate the respect and demand that people like Mr. Weis had for organization his daughter Rachel relates: 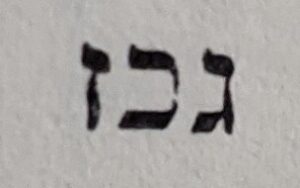 This year’s “siman” is gimel chaf zayin. Gimel means Rosh Hashanah was on Tuesday. Chaf means it is Kesidran (meaning cheshvan is 29 days and Kislev is 30 days). Zayin means Pesach will be on Shabbos, which tells you that it is a leap year because in a cesidran year there would be 192 days until Pesach which would make it 3 weekdays after Rosh Hashanah (From Tuesdya to Friday. Then since it can’t fall on Friday a Tuesday Rosh Hahanh would never be made Kesidran. Ergo, this type of year is a leap year with 222 days until Pesach, making it fall on shabbos.)

Mr. Weis was also careful before he began teaching a new Bar Mitzvah student to check the birthdate and not rely on the parents’ assumption. It has happened in other communities (and it happened to my father as a boy in Basel) that a student miscalculated the parshah and only discovered the mistake as the Bar Mitzvah approached!